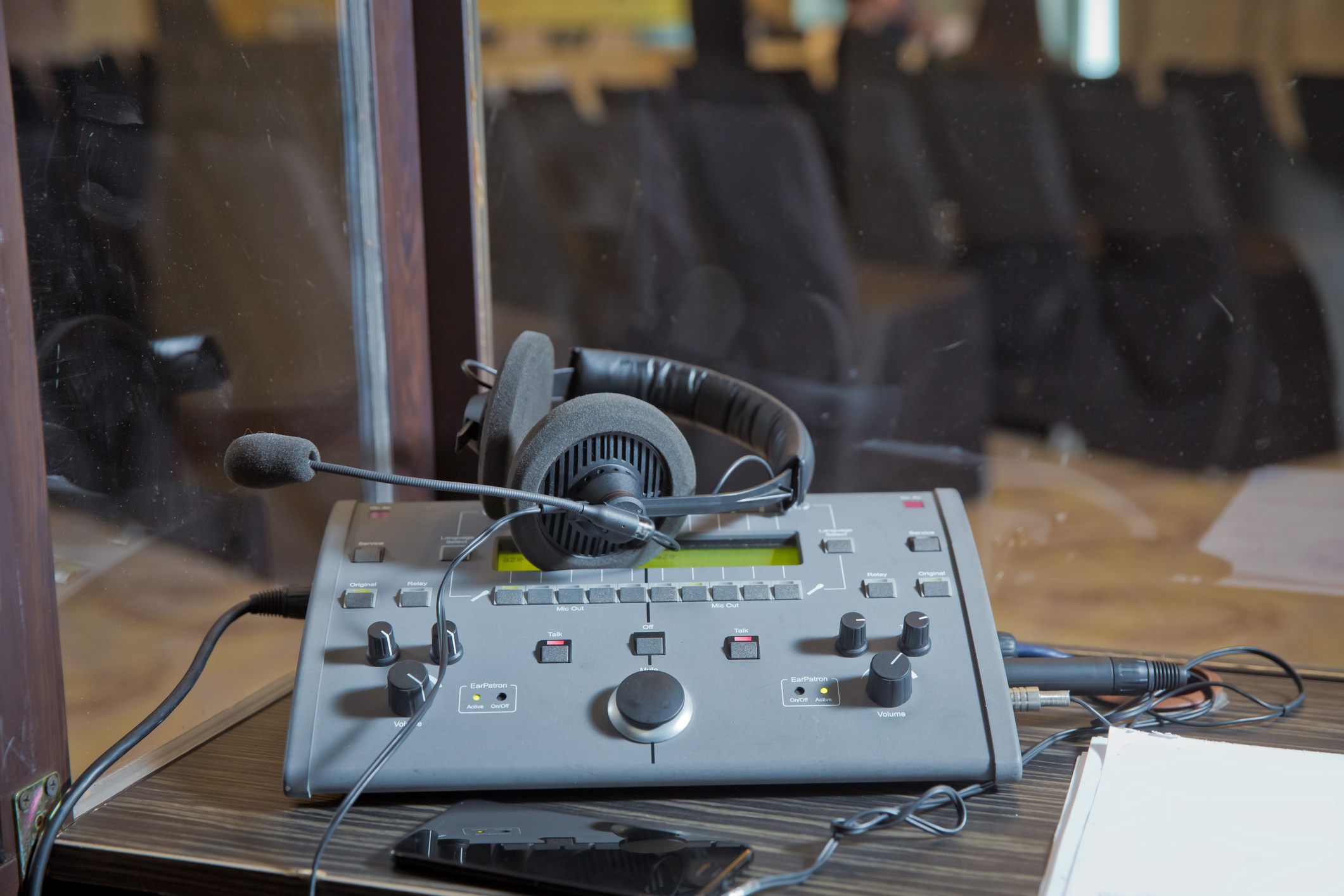 translators cubicle . interpreting - Microphone and switchboard in an simultaneous interpreter booth . Soft focus of wireless Conference microphones and notebook in a meeting room.

This week was my first assignment in a booth since the big C hit. I have interpreted since, but not in an actual physical booth, on-site, with a partner in the booth together with me. (Yes, that’s a lot of booths, but I’m just so happy about it! 😊)

Real interaction! An actual notepad on which we wrote with actual pens! (We also did some digital notes, but only as a test.) Real buttons to push! And yes, real heat, too, as it was incredibly hot in the afternoons and the room had no air conditioning, but hey! Small price to pay for the joy of being back in the booth.

Even having a third person in there with us on the first day couldn’t dampen my joy (just my brow). This third person was a participant with hearing aids who couldn’t wear the regular, in-ear receivers, so for him to hear our interpretation, he had to sit in the booth with us. Thankfully, the technician was able to procure a different, on-ear headset for the second day, so we had more air to breathe…

It was also an assignment that included every interpreting method: simultaneous in the booth and chuchotage (whispered simultaneous) and consecutive during the break-out sessions and workshops.

And it was one where I was able to try out new digital tools:
– OneNote for sharing documents with notes during preparation and for taking live notes in the booth (which of course only works if the internet connection is strong enough).
– Note-taking on my tablet for consecutive, which I had tried before but not done during an actual assignment yet.
– Shared glossaries in InterpretBank.
Interesting experiences which definitely merit more testing.

Even though the days were long (12 hours) and the noise level was high in some rooms (which was the reason for the consec), the breaks were generous, we were well taken care of food and drink-wise, and since it all took place in an actual castle, there were ways and places to cool down and relax in between.

So overall, it was great to be back on an on-site, in-person, live event, and I’m looking forward to the next ones!

Photo by Adil Chelebiyev on istockphoto.com