… that’s what I am, after one of my students (?!) gifted me with an old Langenscheidt dictionary. And with old, I mean OLD. The copyright says 1929 – that’s almost 100 years! 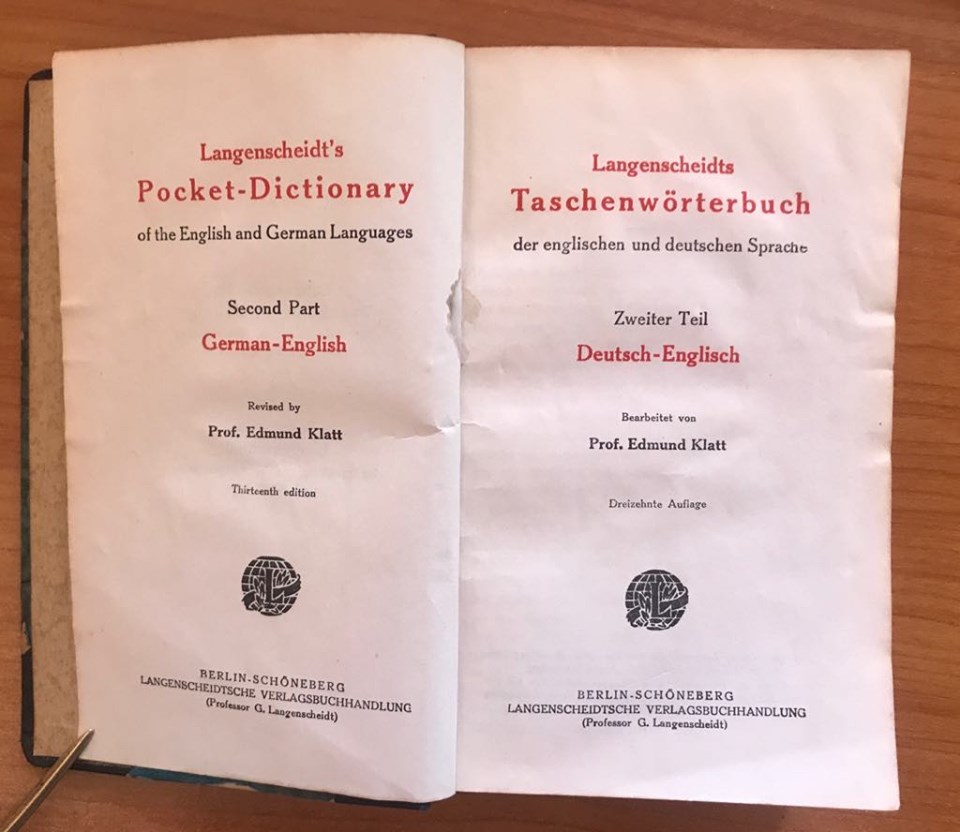 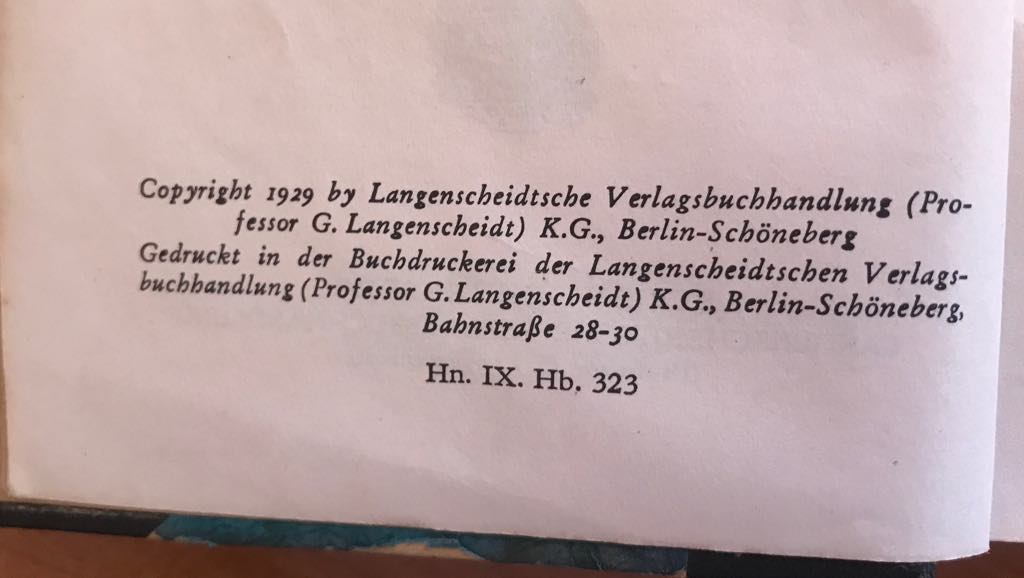 After their second year, my students know that I have a bit of a dictionary fetish since I bring a selection of the most unusual ones in my collection for them to look at. Among them is one just about funeral services, one for military leaders, a picture dictionary that is sadly out of print, a Chinese one I actually use although I don’t speak Chinese, and another old one from just after World War II. I also have a German-Russian pocket dictionary from 1931, which is really more of a memento from my great-grandfather, but until now, that was actually the oldest one I had.

I don’t know where my student got this dictionary from, but she gave it to me with a big grin, saying “I’m sure you’ll have better use for it than I.”
And I’m certain it will come in handy at some point, because there might just be a word or expression in it that has disappeared from more modern editions and that I need in one of my translations.

So, thank you very, very much for this rare gift and oldest addition to my library!!!